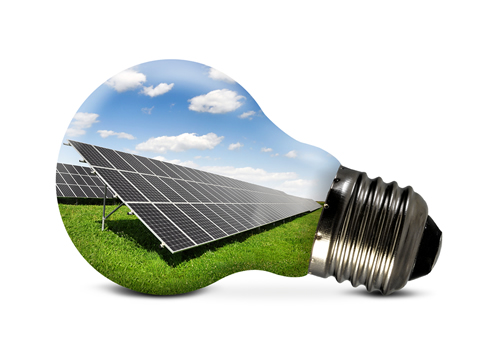 Taking Control Of Your Electric Bill Is Now Very Possible.

We have performed the basic research and have attended a few seminars. As such, we have concluded that Home Solar Systems have come a long way and make a lot of sense for our customers. We have compiled the following information in order to give you a basic sense of what to expect from a decision to use Solar Systems. It also appears that it is possible to get a 100% return on your investment within a few short years.

Solar power can be traced back to the 3rd century B.C., at a time when Greek soldiers used Solar methods while doing battle with the Romans. With the help of Archimedes, soldiers focused light on an approaching Roman fleet of ships by using mirrors. The mirrors were focused on the ships’ sails causing them to burn and the Romans retreated quickly.

The first home solar designs were used by the Greeks, Romans and the Egyptians to name the more popular cultures. The buildings they designed had south facing windows that were designed to allow the sun to provide both heat and light for interior spaces. Most Roman bath houses had south facing windows that heated the rooms. This kind of architecture heated homes at night while keeping the temperature low during the day. The Egyptians were also known to use the sun as part of their mummification process, using the sun to dry dead bodies.

In 1767, the world's first solar collector was built by Swiss scientist Horace de Saussare.
In 1891 the first commercial solar water heater was patented by the father of American solar energy, Clarence Kemp. During the infamous 1973 – 1974 here in America, the oil embargo allowed solar power to move forward at a faster rate. The US Department of Energy funded the Federal Photovoltaic Utilization Program that started the install and testing of over 3,000 PV systems.

The Sun is the obvious source for solar power and is the most inexhaustible, renewable source of energy known to our civilization. For solar energy to actually work to generate electricity, it must be daylight, but clouds are not as big as an issue as one might think. Solar UV rays do penetrate the clouds and photovoltaic solar panels work very well. These panels also work well in cold weather temperatures with 43 degrees Fahrenheit being the optimum operating temperature. Rain or snow is not a problem as well, but electric production will obviously be less when the Sun is not shining brightly.

The Solar panels can be mounted on your roof or on a pole that is installed in your yard. Both methods of installation are acceptable and will produce power for your home. There are several determining factors to consider. Here are a few to consider:

What  Is “Net Metering”

This is what allows you to earn credit for the excess solar electricity that your system will produce. When your solar system produces electricity that you don’t use right away, it’s sent back to “the grid” and you get a positive credit. Your power meter will run backwards during this process.

Most modern day solar systems are on “the grid” and do not have battery backup or battery storage abilities. Batteries that store electricity are very expensive, require expensive maintenance and take you off “the grid”.

“The grid” system allows you to have electricity even though it’s nighttime, and your system is not producing any electricity. At night, you are using the credits you earned or you are buying electricity like normal.

Many states have strict net-metering laws that allow you to get a credit on your next utility bill if you generate more solar electricity than you use in a given month. This allows you to get the most of the power your panels produce. 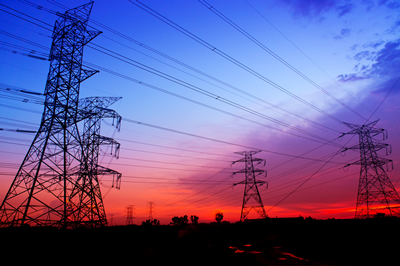 What If The Power Goes Out?

If your power company loses power, your solar system will automatically shut off, day or night, for whatever reason, as your modern day systems are on “the grid”. If you want to get energy credits, you must be on “the grid’. This also protects utility workers who might be working on the power lines during an outage, from being exposed to live electricity.

How Long Will A Home Solar System Last?

Nobody really knows. Modern systems are expected to last a minimum of 25 to 30 years. Certain parts like “inverters” will need replacing, but most of the pieces of this type of system are designed to last a long time.

How Many Solar Panels Will You Need?

The amount of solar panels that you will need will depend on several factors, with initial system costs being your choice of course. The company you purchase the system from will have professional engineers that will determine these things for you. The amount of electricity your home will need is based upon too many factors to list here. It’s all about how much electricity you really need and will use.

The exact orientation of your house or the amount of land you have available for panels, are key factors during the initial design.A recent study by NREL (National Renewable Energy Laboratory) shows that modern day solar systems actually add real value to the worth of a home. Solar homes appreciated 17% more in value and sold 20% faster on average than non-solar homes.

There is no increase in property taxes to a solar home but there are many tax incentives.

There is strong support for solar energy at all levels of Government. Not only will your local electric company give you credit for the power you generate, but there are tax rebates and other incentives that are very beneficial. Tax credits, rebates, below market rate loans, deductions and exemptions are available at many levels, all serving to lower the cost of your initial investment of installing a home solar power system.

Financial assistance from the Federal government comes in many forms, and is not limited to the standard 30% tax credit that you most likely will hear about the most. Federal bonds, loans, tax credits and even outright grants are available. The standard Federal tax credit is very popular for Solar Energy Systems. 30% of the system install costs can be taken as a credit against your federal tax liability.

There is a website available that we feel is the most informative site in the United States for this type information. This website will give you all of the needed details for incentives by the Federal Government as well as those for each individual state.

Data base of State Incentives for renewable & efficiency

Financial assistance from each state varies widely and again comes in many different forms such as grants, loans, rebates and tax credits. We suggest you review the website shown above under Federal incentives which has a link to each states official individual incentive website. Every state has a variety of financial assistance available and no 2 states are identical. Here you will find a collection of websites that will show you what’s available in your state.

Financial assistance from each county or city also varies widely and should not be ignored by any means. Some counties offer as much as a $5,000.00 property tax credit for certain green building aspects.

A little known incentive but possibly very rewarding depending on the size of your solar system and the amount of electricity you create..All of the area states where we build custom homes, except Virginia currently, have a special system that requires local utility companies to buy your energy credits. In certain states, electric companies are required to secure a certain amount of their electricity from solar generators, called Renewable Portfolio Standard (RPS).

The SREC program provides a means for (SREC’S) to be created and sold back to utility companies, separately from the actual electricity that is produced, and represents the “Solar” aspect of produced electricity. Electricity companies in certain states are required to participate in this program or face huge financial fines and penalties by the state government that they are located in. This system was designed to promote the growth of private solar systems.

Again, not every state has this system, but several of those that do, will allow residents from other states to participate in their states program. We have discovered a website that helps the Owners of home solar systems to register into this program and sell their SCREC’S for a profit.

Most modern Home Solar Systems do not have batteries for power storage. These modern systems are called “photovoltaic” systems. As the electricity flows into your solar power electrical system, it is either used in your home or “sold” back to your electricity supplier for later use. Your electric meter will run backwards when you are producing net energy and forward when you use it.

Solar power cells convert sunlight into electricity, using the energy of speeding photons to create an electrical current within a solar panel. Photons are created in the center of the sun by the fusion of atoms. It takes a photon about a million years to work its way to the surface of the sun, but once free, it is hurled through space so fast that it reaches Earth in just eight (8) minutes, after traveling 93 million miles. 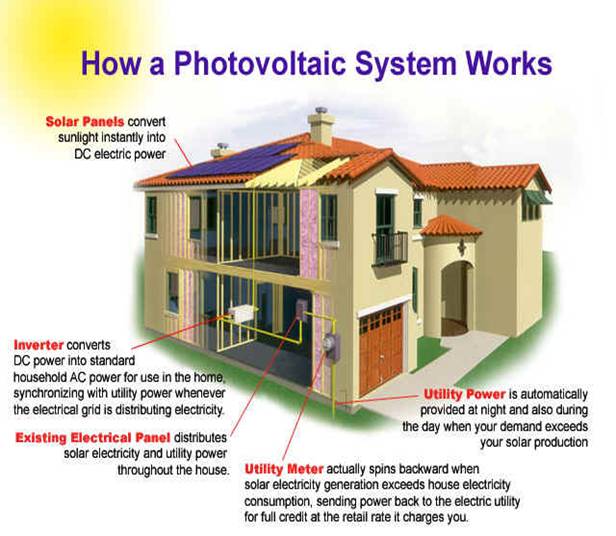