Energy Efficiency At Its Finest Is Affordable 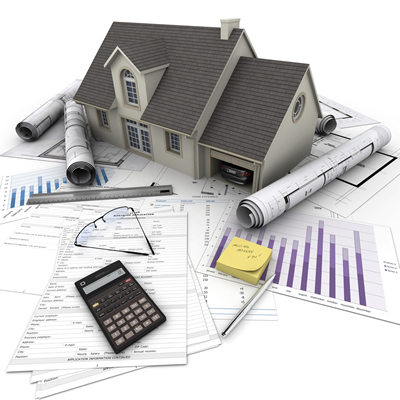 This type of construction is not for everyone but it is definitely catching on to be custom home construction at its finest level of efficiency. Home buyers in today’s market expect to get a lot of modern values from their new home. They want beauty and quality to work in conjunction with efficiency and it must all be affordable.

ICF stands for insulated concrete forms. There are many manufacturers of these forms (or "blocks"), and the basic system is the same with each of them. ICFs are forms for poured concrete walls. With foam on both sides, these forms stack together like a child’s toy building blocks or are separate panels connected with plastic ties. They are made of expanded polystyrene, similar to the white insulating foam, used for take-out coffee cups.

During construction, the forms are filled with concrete, becoming a permanent part of the exterior wall as well as adding a thick layer of foam insulation to each side of the wall. Reinforcing steel bars are added for extra strength. Because of the added insulation, the size of the home's heating and cooling system could be reduced by as much as 50 percent. The walls are fire, earth quake and termite resistant, and the layers of foam insulation provide excellent soundproofing as well as backing for drywall on the inside and stucco, lap siding or brick on the outside.

What Is The History Of ICF?

The ICF construction technique was first developed in Europe following the second world war as an inexpensive and durable way to rebuild damaged structures. The first patent for an insulated stay-in-place formwork for concrete was registered in the early 1940s using recycled waste wood and cement as the insulating material. This patent was registered by August Shnell and Alex Bosshard in Switzerland.

The first polystyrene ICF forms were developed in the late 1960s with the expiration of the original patent and the invention of modern foam plastics. Canadian contractor Werner Gregori filed the first patent for a foam concrete form in 1966 with a block "measuring 16 inches high by 48 inches long with a tongue-and-groove interlock, metal ties, and a waffle-grid core.

The use of ICF construction has steadily increased since the 1970s though its use was initially hampered by lack of awareness, building codes, and confusion caused by many different manufacturers selling slightly different ICF designs rather than focusing one industry type product. ICF construction is now part of most building codes and accepted in most jurisdictions in the developed world.

There Are Many Advantages In Using ICF To Build Your Custom Home:

Save 30-70% on energy bills depending on your geographic location. The average savings for energy consumed by heating is 44%, and cooling savings average 32% for structures built with ICF walls. Because of their thermal mass, ICF walls are comparable to a wood frame structure with an R-50 rating. Indoor temperatures remain consistent with only 1-2 degrees of difference from floor to ceiling. Overall, ICF walls generally perform three times better than traditional forms of construction. 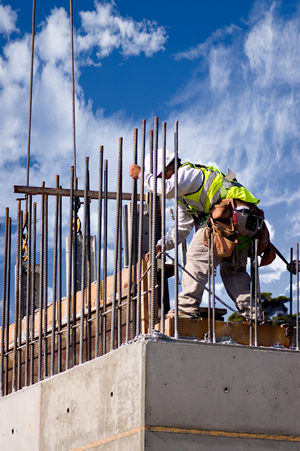 Nothing really compares to the strength of concrete poured into insulated forms. ICF walls resist burning flames with temperatures up to 2000 degrees for 3-4 hours and withstand 200 m.p.h. severe weather winds. ICF walls are great for protection and longevity. Custom homes constructed with ICFs have a life expectancy of more than 200 years, which is 2-3 times longer than structures built with 2x6 wood frames.

ICF walls are solid. Very little outdoor noises get through into the inside. Because of the solid material in the walls there is no worry about rotting, decaying or insect infestation. Even years after construction there is very little maintenance required to keep it like new because concrete does not rust or corrode, thus saving you money and time.

This type of construction can create a healthy indoor environment by eliminating air and moisture infiltration into your home or commercial space. ICF walls are completely mold resistant and help to create interior spaces that are essentially dust and pollen free.

ICFs are made with recycled material and any waste from construction is recyclable. ICF is considered non-toxic by U.S. government agencies and expels no emissions. This man-made product preserves non-renewable resources by reducing the need for heating and cooling elements, and it saves trees, as an alternative method for traditional wood framed construction.

Concrete houses have survived tornadoes and hurricanes in areas where wood houses were flattened. When they are properly engineered, they should also withstand earthquakes.

Insurance premiums can be up to 40% less with ICF homes, especially in areas where severe weather such as hurricanes or tornadoes, are common.

ICF construction eliminates several conventional building steps as compared to wood construction and the reduction in time means a lot as time is money.

In many areas of the country, termites are a major problem. There is nothing for termites to eat in an ICF house.

ICF construction is less demanding to build though careful consideration must be made when pouring the concrete to make sure it consolidates fully and cures evenly without cracking. Unlike traditional wood framing construction, no additional structural support other than temporary supports are required for openings, doors, windows, or utilities though modifying the structure after the concrete cures requires special concrete cutting tools. 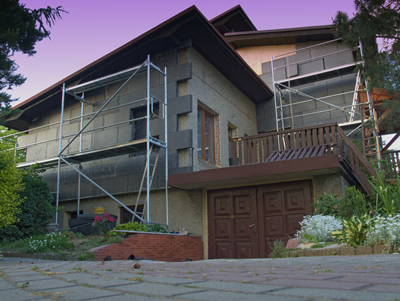 ICF walls are constructed one row at a time, usually starting at the corners and working outward. Structure frames are placed around openings to give added strength to the openings and serve as attachment points for windows and doors. If any problems with interior humidity surface as the concrete cures, it can be easily handled before it can damage the drywall. Dehumidification can be accomplished with small residential dehumidifiers or using the building's air conditioning system. Drain tile is installed to eliminate any water problems.
ICFs are currently manufactured from any
of the following materials:

There Are Several Different Systems

All ICF systems are the same in principle, however the various brands differ widely in the details of their shapes, cavities and component parts.

Block systems have the smallest individual units, ranging from 8" x 1'4" (height X length) to 1'4" x 4'. A typical ICF block is 10" in overall width, with a 6" cavity for the concrete. The units are factory-molded with special interlocking edges that allow them to fit together much like plastic toy blocks.

Panel systems have the largest units, ranging from roughly 1' x 8' to 4' x 12’. Their foam edges are flat, and interconnection requires attachment of a separate connector or "tie." Panels are assembled into units before setting in place - either on-site or by the local distributor prior to delivery.

Plank systems are similar to panel systems, but generally use smaller faces of foam, ranging in height from 8" to 12"and in width from 4’ to 8’. The major difference between planks and panels is assembly. The foam planks are outfitted with ties as part of the setting sequence, rather than being pre-assembled into units.

Within these broad categories of ICFs, individual brands vary in their cavity design. Flat wall systems yield a continuous thickness of concrete, like a conventional poured wall. Grid wall systems have a waffle pattern where the concrete is thicker at some points than others. Post and beam systems have widely spaced horizontal and vertical columns of concrete which are completely encapsulated in foam.
Here is the link to a website for a ‘’block system’’ that we have experience with.

What Is The Cost Difference?

The costs of using ICF construction rather than conventional wood framing construction, is going to obviously be more money. It could cost 10 to 30 percent in additional construction costs over using a wood frame system. In most cases ICF construction will come in about 30% less than normal basement construction because of the labor savings you can realize by combining multiple steps.

You will pay more in the beginning, but you stand to save big dollars over time. Getting your initial investment back will not take an enormous amount of time depending on your specific project and how energy efficient you are in other areas of the process.

Here are a couple industry related websites that will help to give you some answers: